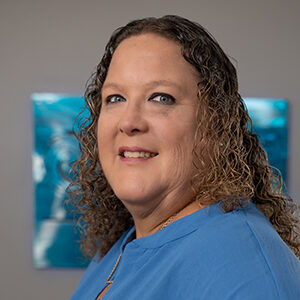 As the Myrtle Beach area has expanded its identity in the last 15 years, so, too, has Cindy Lemon-Scott.

The Indigo Family Law Paralegal went from riding her motorcycle during a pair of local bike rallies to falling in love with the Grand Strand and deciding to make it her home. All the while, she became a paralegal and then increased her role and abilities. As the work load changed, it also become much more detailed.

“[Indigo Attorney Ryan Stampfle] and I used to do more simple cases. We didn’t get into the contested ones,” Lemon-Scott said. “Now that we’re here, we see those a lot more. I see how in-depth the family law cases can get. It’s made me more aware of the finances, keeping them in order.”

Lemon-Scott has worked alongside Stampfle since 2006, and although the two of them know the ins and outs of each others’ styles, she has also become a valuable resource to all of Indigo’s attorneys. She has worked across the specialties, not just in her preferred avenues of personal injury, criminal defense and family law.

With all of them, she’s searched for ways allow her to relate to clients, and frequently that points right back at her own experiences: The childhood and first years of adult life in Western New York (Allegany, to be exact); having a grandmother who was Seneca Indian and her appreciation of her bloodlines; and a transition to South Carolina when and why she did.

All of it has the ability to open the lines of communication.

Those past and current clients now understand Lemon-Scott has a profound effect on their cases, not only because of the relationship that can built, but also due to her commitment to expanding her own identity.