A Little More About HBO’s Divorce

You might remember that just before Thanksgiving we published a blog piece about HBO’s new show Divorce. We wrote that they really seemed to be getting a lot right – from the emotions, to counseling, to, well, the mechanics of the whole process. 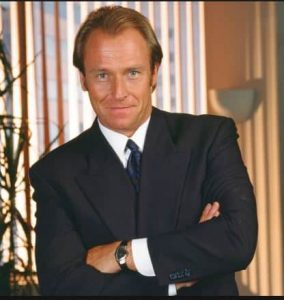 That was after three episodes. Now we’re deeper into the series and the roof has caved in on the show. After last Sunday, it’s threatening to do for divorce what Kramer vs. Kramer, The War of the Roses, and Arnie Becker of L.A. Law have. That is neither a compliment or a good thing.

The show’s putting a spin on divorce that’s not only a cliché but undermines family law as a whole. I started to feel that Divorce was headed in the wrong direction when our characters, Frances and Robert blew into and out of counseling after two whole sessions.

Okay, that happens, not everyone or every couple is going to get through counseling (but, really, two sessions?), and Frances and Robert moved to mediation. Great, that was encouraging even though, as the show was scheduled for 10 episodes and had just been renewed for a second season, I knew mediation wasn’t going to work. Too little drama that way.

Again, fine, not every couple can successfully negotiate mediation. But, it was the way the show was so … so … dismissive of mediation that started the hackles on the back of my neck rising. It’s portrayed as disorganized, haphazard, and worse, ineffectual. Pretty much everything it is not.

It’s made so much worse when a supporting character says, “Ha, mediation is where on person gets the cup and the other one gets the coffee.” A sentiment that is repeated several times by different people. That, of course, couldn’t be more wrong.

So, Frances and Robert, zip in and out of counseling and mediation over the course of a few real-time weeks. It’s disconcerting. But it gets worse.

Robert gets a high-price divorce attorney in New York City. We know he’s high-priced because (a) he tells us, the audience, several times; (b) his office is in a high-rise with a clear view of Central Park.

Frances gets a high-price divorce attorney in New York City. We know he’s high-price because (a) he tells Frances he is, more than once; (b) he’s in a high-rise in mid-town Manhattan with a gorgeous Art Deco lobby.

Two problems – first, Frances and Robert are broke. Robert has squandered their assets in a series of bad real estate investments and wild construction schemes.  Neither of their erstwhile lawyers ask for a retainer. As a matter of fact, they both indicate that they’ll get paid when they ‘win’ the case.

That is … wrong. Utterly. Contingency fees are not allowed in divorce actions. It is an ethical violation. Taking one for a divorce will, at the very least, get a lawyer sanctioned. It is not done.

Second, Frances and Robert live 30 miles north of New York City. It is a very, obviously, densely populated area. There are dozens of courts between them and their soon to be disbarred attorneys. Their attorneys would be strangers in a strange land with no connection to Frances and Robert’s court, judges, local rules.

It is ridiculous. And it gets worse. Robert’s $750/hr. lawyer promptly calls Frances at midnight one evening to let her know he’s ‘on to her’ and is having her followed. In a word, he threatens her.

Any attorney would be disbarred for that. People are arrested for things like that.

The thing that bothers me is that people are stressed out enough about their family issues without having to be exposed to a TV series that reinforces every horrible cliché every uttered about divorce and lawyers.

It also reinforces a really old, really worn, really outdated, very discredited view of divorce as something that should be ‘won.’